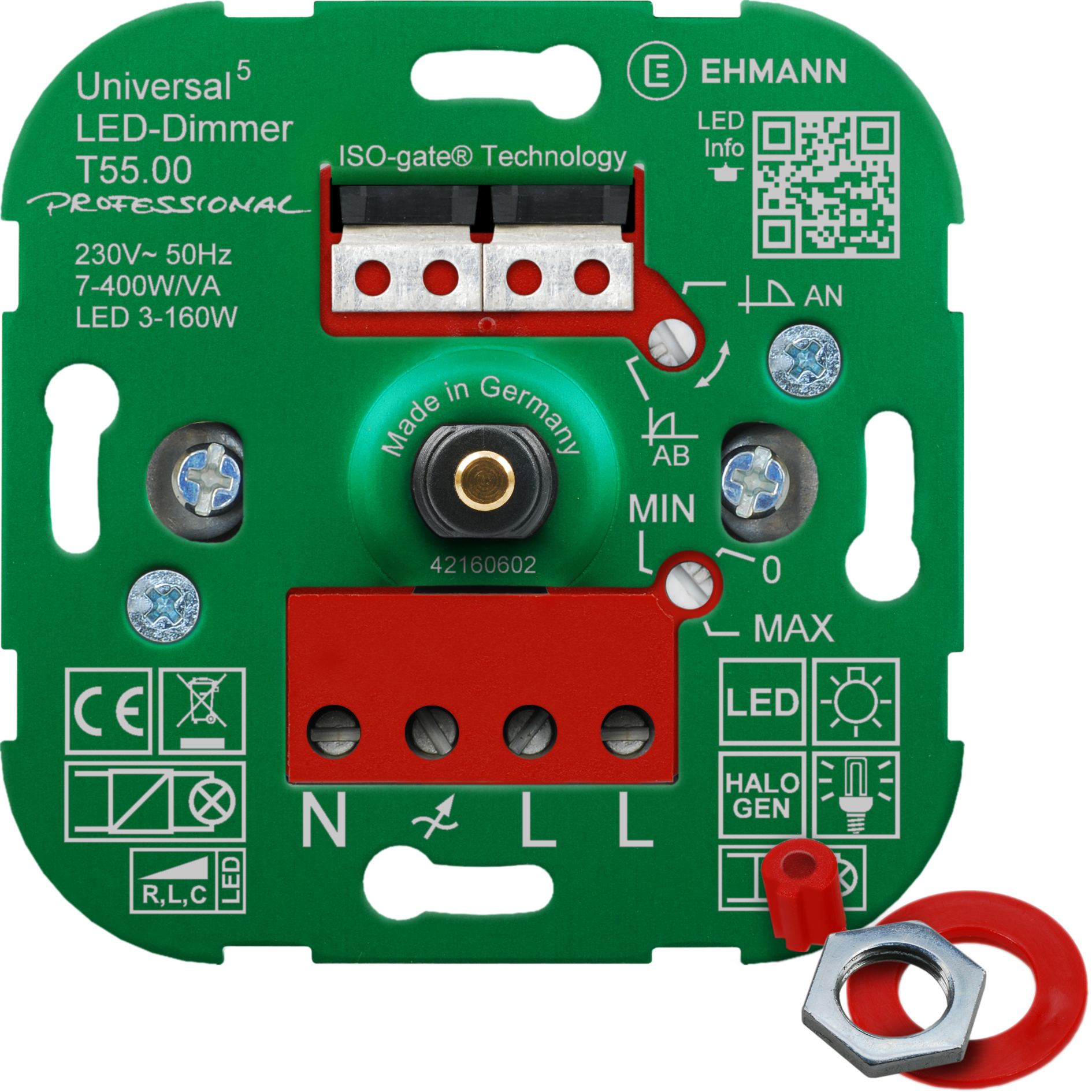 Multipurpose operation: Independent from switch range and
LED-manufacturer – green works!
A dimmer everyone will benefit from – no matter if industry, commerce, specialized electrical shops or the consumer. With the new T55.00 Universal5 LED-Dimmer we set a new benchmark and end the search for a fitting dimmer to your LED. Through the newly integrated ISO-gate® Technology you can use this one dimmer to dim any kind of light source.

Your advantages at a glance: 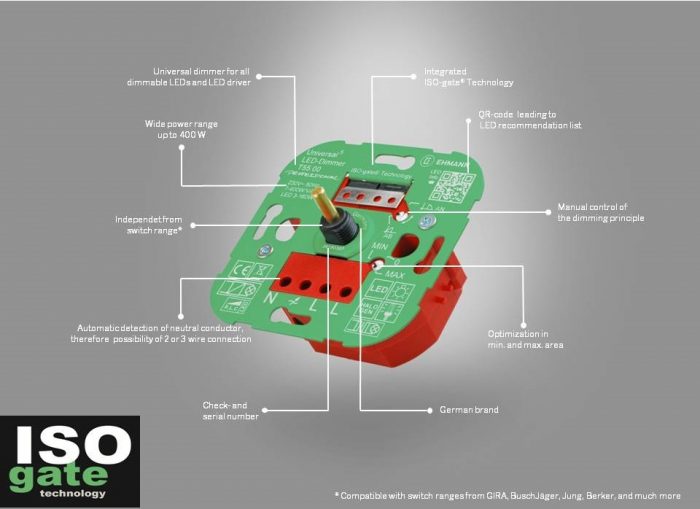 How does the ISO-gate® Technology work?

The  new ISO-gate Technology by EHMANN makes dimming reliable and stands for a maximum of LED compatibility with different kinds of LEDs, no matter which type or manufacturer the LED is from. In the past, the challenge was to find the right combination of dimmer and LED, as only the most compatible systems would deliver a satisfying dimming performance. But that  is over now! With the new T55 dimmer family we managed to create dimmer for all kinds of light sources. It’s not necessary to search extensively for the right combination of LED and dimmer anymore.

The ISO-gate® Technology is based on complex dimming switching circuits that are able to communicate with different LED electronics and to control them. No matter whether Retrofit or driver controlled, every LED has its own individual electronic inside. The consequence: Standard dimmers tend to fail more and more often. Due to that fact, our aim was to create a new dimming technology that would be able to control the newest LED technologies as well. We put our focus on the filament LED’s in particular, as their autonomous electronic requires a special dimming Technology. 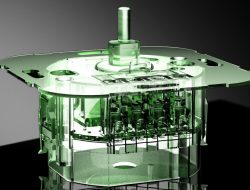 What does manual control of the dimming principle mean? 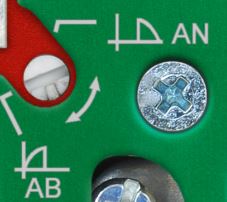 Wherein lies the advantage of the automatic detection of neutral conductor?

Standard dimmers only work with two wires. This technology was quite sufficient for dimming standard lamps, such as incandescent and halogen lamps. But LEDs are quite complex, and with that, new dimming technologies need to be applied to guarantee a satisfied dimming. A fundamental improvement in the Universal5 LED Dimmer T55.00 is the optional possibility of using a 3-wire technology. In order to use this 3-wire technology to increase the dimming performance significantly, the neutral conductor needs to be connected to the dimmer. 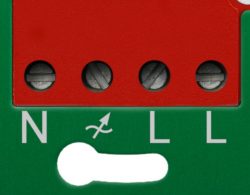 As long as it is available and connected in the installation, the dimmer recognizes it autonomously and uses the natural zero crossing as an indicator to optimize its behaviour towards the leading or trailing edge principle. The “natural triggering” makes it possible to dim complex light sources as well, such as filament LEDs and LED drivers. Should the neutral conductor not be existent in the domestic installation, the dimmer works with the 2-wire operation automatically and with that can be operated in every environment. 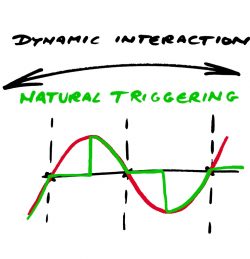 The rotary dimmer T55.00 is the first dimmer of the new Universal5 LED Dimmer family by the company EHMANN. Another version will be the touch dimmer for all frames of the size of 55 mm, which will be available on the market soon. Through the enclosed 55×55 rocker in different colors, it can be integrated fairly easy into switch ranges from GIRA, BuschJäger and many more. It goes without saying that the touch version offers the same new advantages as the universal dimmer offers, and also has a similar power range. 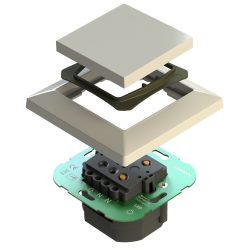 In addition to that we will complete the family with an incremental encoder that can be communicated with digitally, to make it compatible with various ports. This feature makes it possible to use other dimmers as a extension that allows you to dim the light from more than one spot. 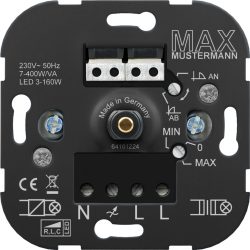 For industry and commerce we offer the development and manufacturing of customized products. We have been developing and manufacturing the most different dimming technologies for direct current and alternating current for numerous well-known companies all over Europe. Expand your product portfolio with the newest dimmer generation by using our development, construction and manufacturing possibilities. Are you interested in your individual Universal5 LED Dimmer? We are your dimmer-specialist for customized products and adjust the dimmer due to your requirements. Don’t hesitate to get in touch with our sales department and get your individual consultation.

You are a professional user and would like to be convinced by the advantages of our new Universal LED Dimmer? Please, request your sample as well as your personalized offer.
vertrieb@ehmann-gmbh.de